Whatever Happened To -
The Tony Davis Band 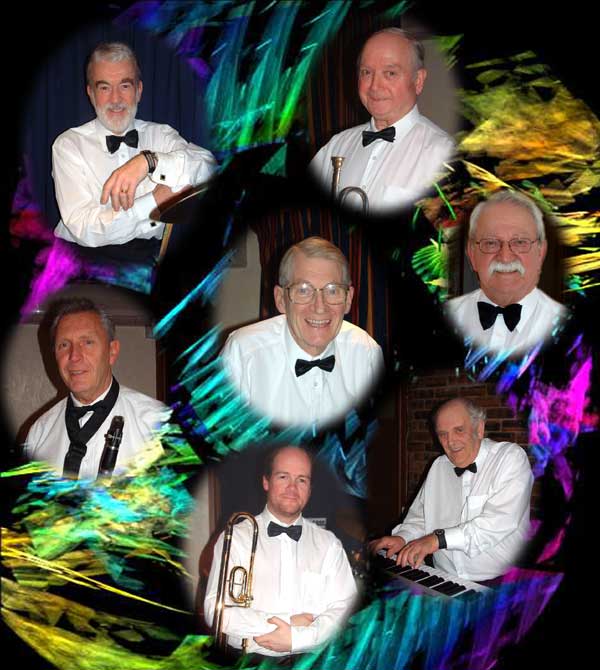 Unfortunately, Ken Binns was no longer able to play with the band, and with a lack of bookings, the band slowly disappeared from the scene. Tony Davis continued to sing, when asked, despite being scooter bound, and would put together a band which went under the name, "Tony Davis & Friends".

The TONY DAVIS BAND consisted a of half a dozen hand-picked musicians from the North-West, headed by the well known ex-Spinner Tony Davis.

The band played a great variety of Swing/Jazz/Standards laced with vocal numbers, mostly of a vintage variety!

What, perhaps, is not “well known” is that Tony, prior to his long and illustrious career with Britain’s celebrated Folk group, was very active in the world of Jazz music, playing clarinet for some ten years. When The Spinners called it a day he quickly returned to his first love, for ten years presenting “Tony‘s Tradtime“ on JazzFM. Tony compèred the sessions and supplied the vocal contributions. 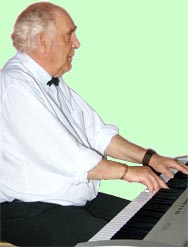 Pianist KEN BINNS first introduced Tony to Jazz when they were at school together and had spent the years since building up a fine small band of his own. He and Tony joined forces, and with one or two additions the TONY DAVIS BAND was born. Ken is master of many styles of piano, but greatly admires Joe Bushkin's work with Muggsy Spanier's Ragtimers. Tony likes his Boogie.......

BILLY EDWARDS (RIP), known as “The Bunny Berigan of Bebington” is reckoned by Jazz authority Digby Fairweather to be “the best trumpeter north of Watford”. His ability and popularity in the North West of England is unchallenged by any other. He is addicted to late night helpings of Fish ‘n’ Chips!

DAVE LEE comes to us from the “far North”- of Blackpool -well, Thornton Cleveleys to be precise. He plays brilliantly any reed instrument put within reach, and Billy and he are a musical mutual admiration society. He may be heard from time to time with his own “Jazzology” group, The Lez Bull Band,  and on Thursdays with Lytham St. Anne’s “Jazz Aces”

ANDREW MacKENZIE is the “baby” of the Band. After years of listening to Merseyside bands from the audience, Andrew suddenly found himself as the trombone “chair” in at least three of them! The bushel, under which his light had been hidden, was torn away and his fine playing now graces the Tony Davis Band among others. We understand that he is also a multi-instrumentalist, but he is very modest about that!

JOHN BLACKMAN, our excellent and talented percussionist, has the gift of adapting his style to suit each number played, from New Orleans to Ellington. His sensitive work has brought great praise from all sides, - especially from fellow rhythm section members! From time to time - he bursts into song...

COLIN SMITH, an outstanding rhythm man, plays with Mart Rodgers Manchester Jazz, who he joined after many years on the London Jazz scene where he played with the legendary Freddy Randall and Terry Lightfoot among others. In addition to his fine string bass and sousaphone playing, Colin's majestic tuba has to be heard to be believed...