Whatever Happened To -
The Mahogany Hall Stompers

This band is still playing occasionally as far as I am aware,
but hasn't appeared in What's On for some time 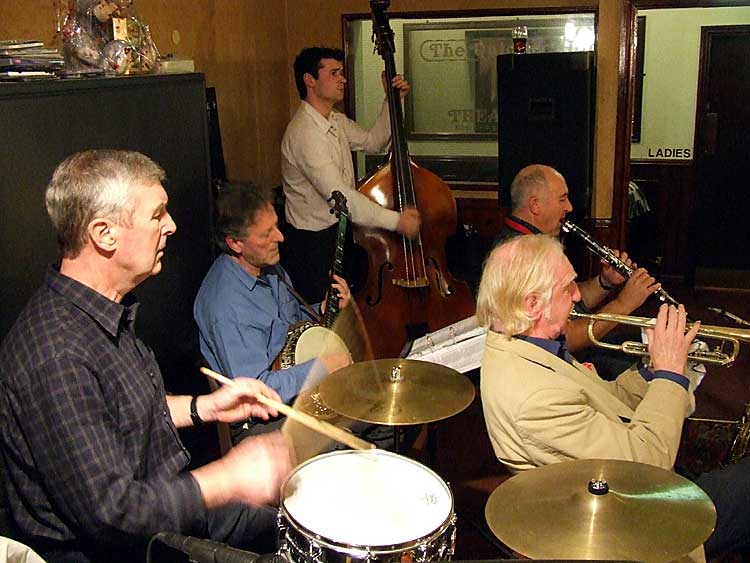 Photo taken at the The Unicorn, Preston by Fred Burnett 09/02/06

The Mahogany Hall Stompers, is run by Keith Moore who lives in the Lake District. Keith formed The Silver Bell/Red Rose Bands; he plays TRUMPET and only dabbles with the American long cornet which is much nearer to the trumpet in length than the English cornet. As you can imagine musicians are scattered far and wide in the Lakes, but Keith gets together some of  the best New Orleans musicians for his band. He tells me that the band above is his first team, and the one he likes to use whenever the Mahogany Hall Stompers play. On this occasion they were playing to an enthusiastic crowd at The Unicorn in Preston.  If the old style New Orleans sound is your forté then this is a band for you. 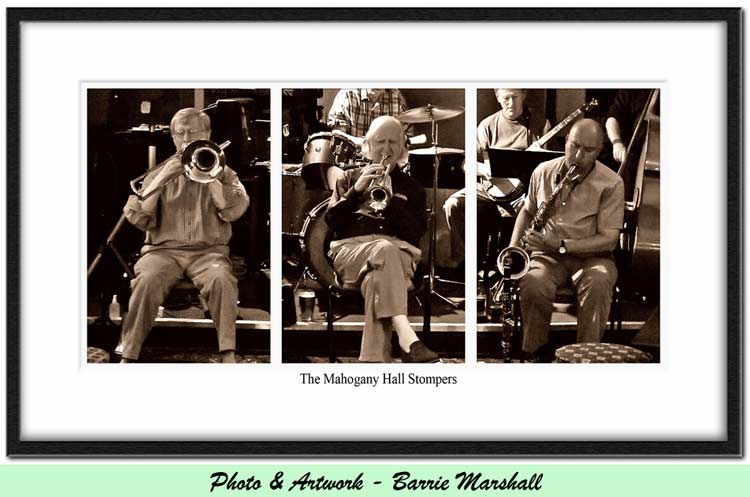