Does anybody know if Pauline Pearce is still performing these days?

I have witnessed her fantastic jazz vocals several times, but have not heard her or seen her in any jazz listings for a couple of years.

The last time I saw Pauline was in the Isle of Bute, where she was with the Laurie Chescoe band.

I would be grateful for any news of where to see her again.

I have just seen your query about the whereabouts of Pauline Pearce. I am not sure how long this has been on the web site; you may have had your question answered already.

I first heard a Pauline Pearce number played on the radio two or three years ago. What a voice! You probably know that she is featured singing with Laurie Chescoe's Good Time Jazz on an excellent Lake Records CD (LACD120) "I Hear Music in the Air". Like you, I had heard nothing more of her, or indeed of Laurie Chescoe.

One of the bands appearing at Swanage Jazz Festival this year was Phil Mason's New Orleans All Stars. When he introduced the members of the band, the drummer was Laurie Chescoe. I took the opportunity of talking to Laurie Chescoe during the interval to ask him what had happened to his band and to Pauline Pearce.

Laurie Chescoe told me that his band had really just faded away in 2003 because of the age and ill health of some of the players. He said that he is very happy playing with Phil Mason.

Pauline Pearce disappeared about two years ago, and nobody seemed to know where or why. But there were rumours. One was that she had witnessed a murder, and had then herself been murdered to prevent her giving evidence. Another was that having witnessed a murder, she had been given a new identity for her protection. Very sad if true, and what a loss to the jazz world.

It would appear she has some health issues, but is still able to sing. She is working with a group in London called, "The Kings Ambassadors", and she is the acting manager. Veda Little sent me some video links of her, and although the quality isn't brilliant from a mobile phone, the essence is still there. 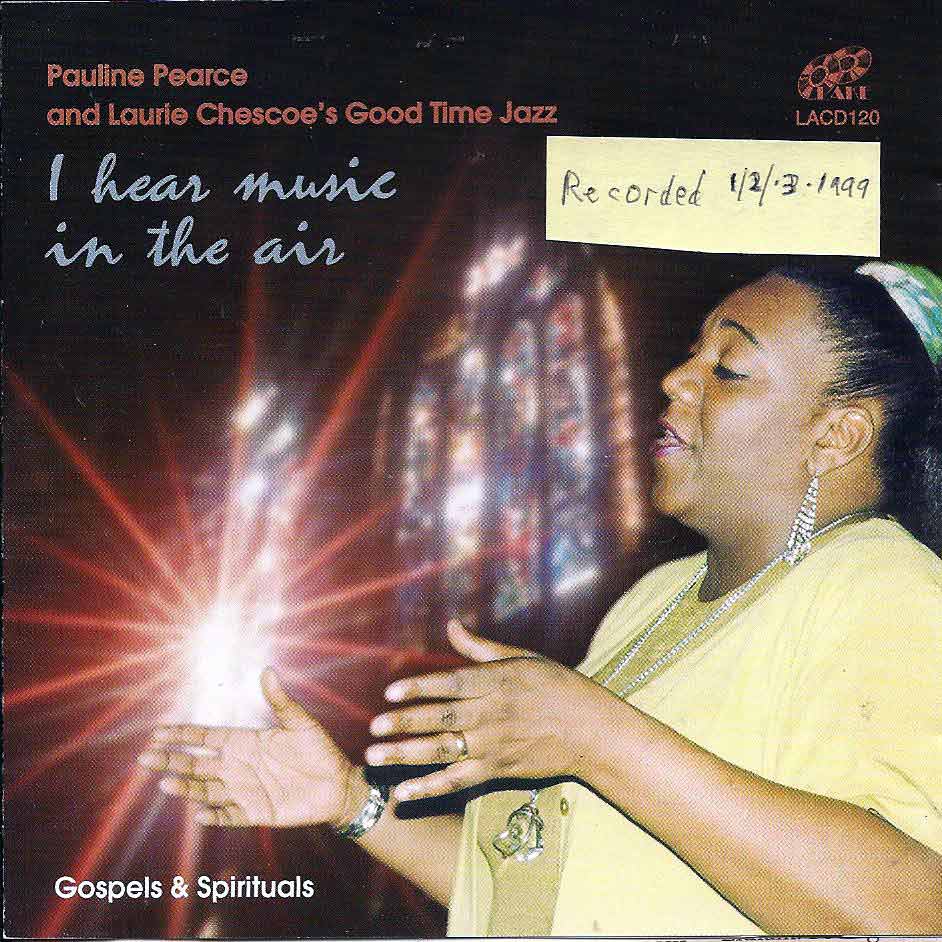 I have some information