Barbara and I were honoured to be invited to join Mart's many friends and family on Friday 10th March 2006 to celebrate his 70th birthday. We hadn't anticipated Mart's typical generosity and so were surprised, when we eventually arrived after appalling weather and traffic conditions, to be wined and dined with a superb 3 course meal at Disley Golf Club. 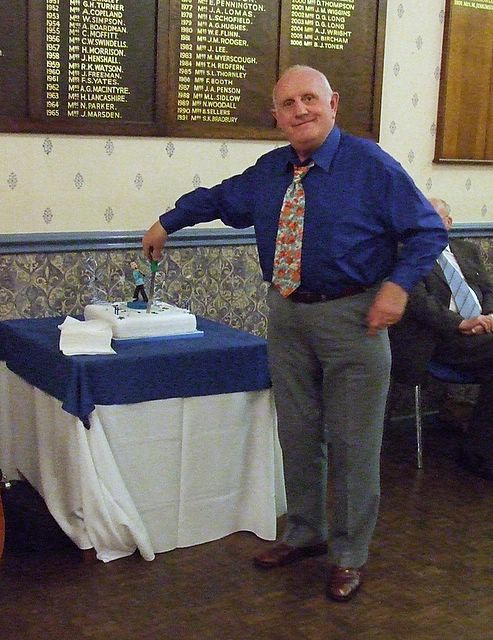 Following the meal Mart led the band into about 4 numbers, including the hilarious, "What do you mean you've lost your dog?". 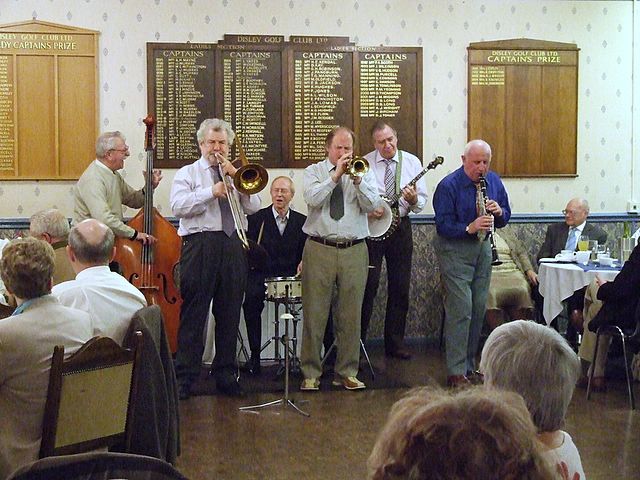 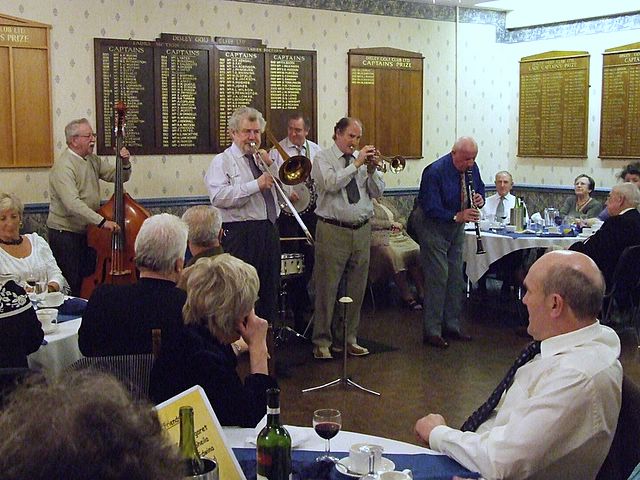 Mart was particularly pleased to welcome his old friend and fellow musician from the  Zenith 6 days, Nicky Holcroft, who these days is kept very busy as a comedian on board cruise liners where he operates under the name of Nicky Martin. 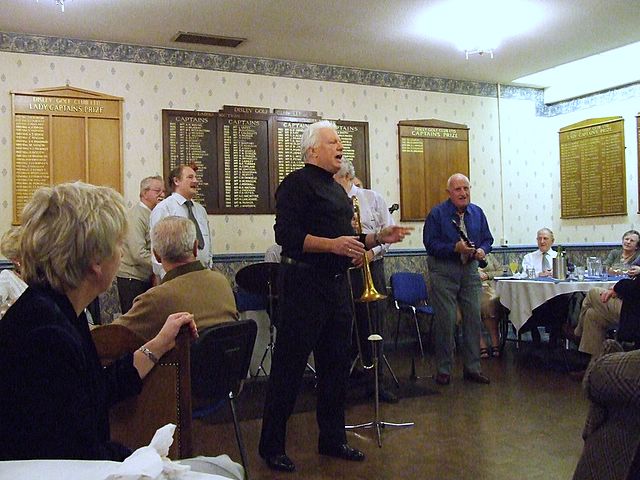 One write-up I came across reads, "I have to give a special mention to the comedian, Nicky Martin a Liverpool comedian............. He was worth the cost of the cruise on his own.". Nick joined the band to sing "Doctor Jazz".

Mart just before his 80th Birthday