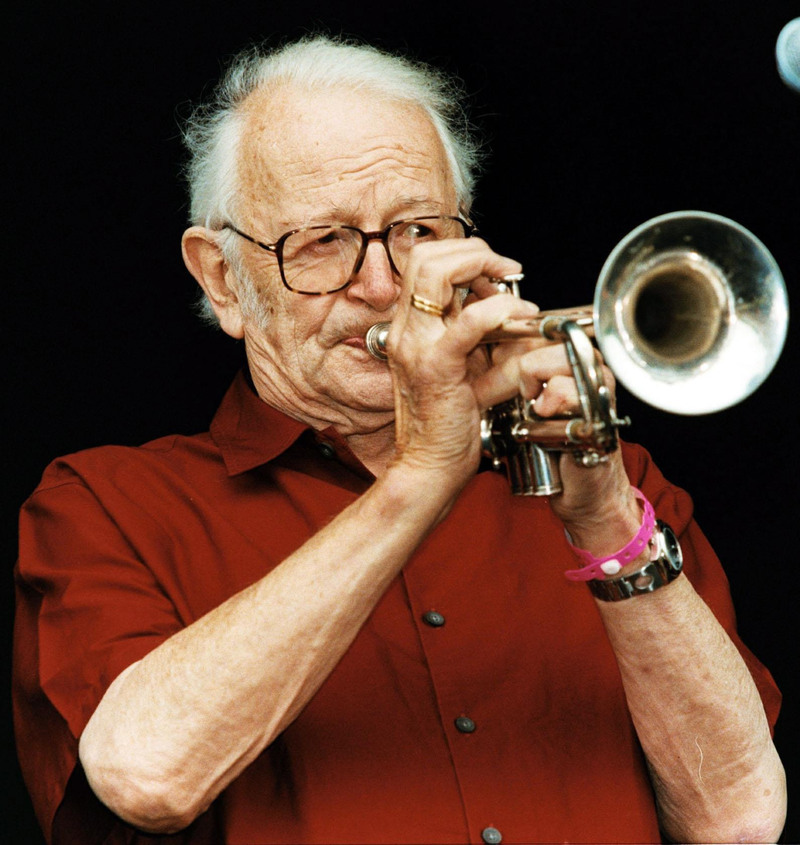 I arose at 4.50 am yesterday to travel to East Finchley for Humph's funeral.

As you'll imagine the turnout at the crematorium was massive, with the jazz element outnumbering the I'm Sorry I Haven't A Clue followers by about ten to one. It filled the chapel and an overflow room and many people stood outside the building.

The ceremony was a non secular one, packed with hilarious stories about Humph, from his family and various producers. Humph lay throughout in a basketwork coffin.

As you would imagine the family is made up of delightful people, all with the unmistakable look of Humph in their faces and tall frames. I was very gratified when part of my obituary for him was read out. One of the speakers described Humph as 'the intelligent woman's Kenny Ball' (Kenny had pushed passed me on the way in).

Jenny and I were invited back to the house afterwards for what turned into the best party you could imagine (very appropriate in respect of a man who unfailingly made so many people happy). Amongst the people I talked to there, apart from Susan, of course, were Wally Fawkes, Dave Green, Tony Coe, Pat Halcox, Roy Williams, John Barnes, Dave Gelly, Jo Fooks, BBC producers Keith Stewart and Terry Carter - that's enough name-dropping. George Webb, looking amazingly well preserved, was in animated conversation throughout. Sadly, John Chilton was unable to be there. He's given up playing in order to look after his wife who, since her stroke, requires attention 24 hours a day.

I was fascinated to see Humph's house, which, apart from being packed with all his ephemera and adorned with the fine cat paintings done by his wife Jill (like us the Lytteltons were cat people), reflected Humph's love of privacy. It's unmarked and impossible to find from Barnet Road since you have to go into the driveway of the house next door and then turn left a short way up into another drive, unmarked, which takes you up to Alyn Close, the name of Humph's house. The windows do face inwards, so the rooms can't be overlooked. Knowing all this I expected a threatening fortress, but in fact it's a lovely and interesting house with beautiful lawns on which, thanks to the great sunshine, we were able to eat some of the finest (catered) food you could imagine and drink lovely wine.

When Humph helped me to write his obituary in advance he said wistfully 'I do wish I could be there to read it when it's published.'

The man in the basket would have loved yesterday when all his friends celebrated his life with great joy. Like Humph, the day was unforgettable.