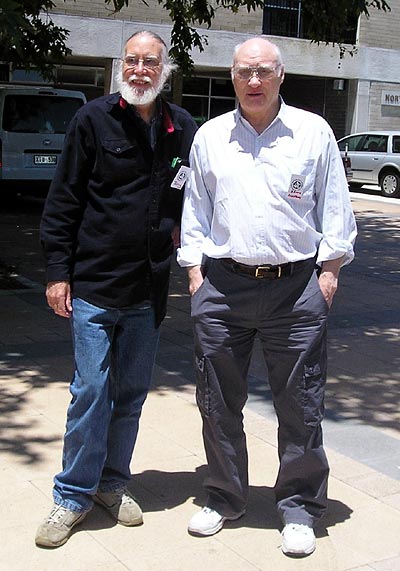 Tony West was a founder member of the Smoky City Six as it was then. Tony says, "Our first gig was at the Bamboo Club in Hazel Grove on Friday 11th February 1966. I remember it well because my first daughter was born at lunchtime that very day. Before that I played in the Dallas Jazzband with Tony Foulkes, Terry Brunt and Bill Smith. I moved to Adelaide in 1970 and have been here ever since, apart from the whole of 1976 when I took a year's leave to visit my dad in Stockport and re-joined the Smokies doubling banjo and blues guitar, playing the entire year including a great trip to Holland in the November. I note that Ken Doran is playing in the Chicago Teddybears. He played trumpet in the Sheaf River Jazzmen, which was the first band that I ever played in when I was at Sheffield University in 1959. Ken was at the Teachers' Training College.

Tony writes, "A couple of quick shots- I played in a band at the Australian Jazz Convention here in Adelaide yesterday, 26th Dec 2006, with Dennis Armstrong.  Best wishes for the New Year Tony." 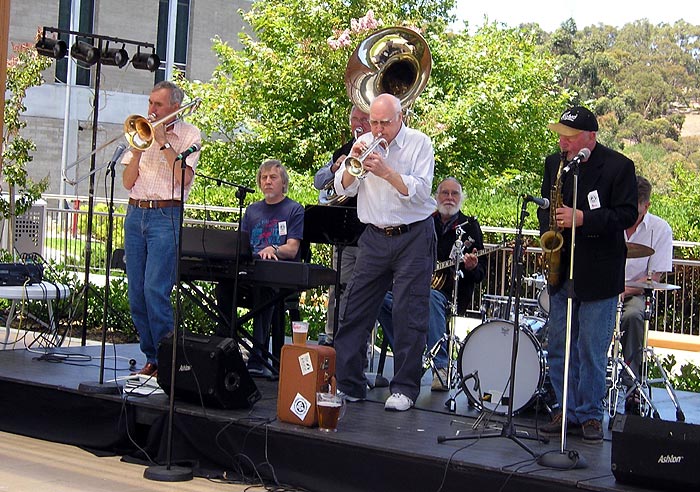 Visit my Home Page at
www.jazznorthwest.co.uk